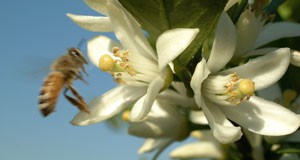 Collectively, the agriculture, natural resources, and food industries are significant contributors to the economy of the state of Florida. This 5-page fact sheet written by Christa D. Court, Alan W. Hodges, and Mohammad Rahmani and published by the UF/IFAS Food and Resource Economics Department outlines the economic contributions of these industries in calendar year 2016 to update previous reports from the Economic Impact Analysis Program and to provide current information for the purpose of informed public policy.
http://edis.ifas.ufl.edu/fe1055 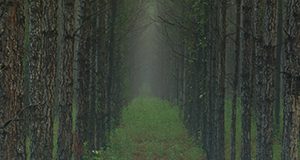 The state of Florida is half woods, with 26,807 square miles of forestland. Our extensive natural and planted pine and hardwood forests are used for production of a wide variety of wood building materials, consumer paper and packaging products, chemicals, and renewable biomass fuels. In addition to industrial forest-related activity, public forestlands in Florida support a variety of recreational activities, attract a significant number of recreational visitors, and provide many non-marketed environmental or ecosystem services. This 4-page fact sheet written by Christa Dean Court, Alan W Hodges, and Mohammad Rahmani and published by the UF/IFAS Food and Resource Economics Department describes a study that analyzed the economic contributions of the forest industry and forest-based recreation activities to the state of Florida in 2016.
http://edis.ifas.ufl.edu/fe1051 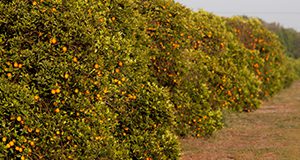 This 2-page fact sheet written by Christa D. Court, Alan W. Hodges, Mohammad Rahmani, and Thomas H. Spreen and published by the UF/IFAS Food and Resource Economics Department describes the economic contributions of the citrus industry to the state of Florida in fiscal year 2015/16, updating previous studies for 2012/13 and 2014/15 and previous estimates for the economic impacts of citrus greening disease.
edis.ifas.ufl.edu/fe1021 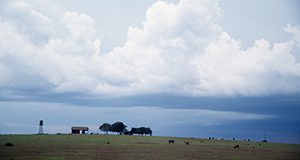 An analysis was conducted using the Implan regional economic modeling system and associated state and county databases (IMPLAN Group LLC) to estimate economic multipliers and contributions for over 500 different industry sectors. Multipliers capture the indirect and induced economic activity generated by re-spending of income or sales revenues in a regional economy. A collection of 121 industry sectors were included in the analysis to represent the broad array of activities encompassed by agricultural and natural-resource commodity production, manufacturing, distribution and supporting services in Florida. Economic contributions can be measured in terms of employment, industry output, value added, exports, labor income, other property income, and business taxes. This three-page summary was written by Alan W. Hodges, Mohammad Rahmani, and Christa D. Court and published by the UF/IFAS Food and Resource Economics Department.
http://edis.ifas.ufl.edu/fe1020 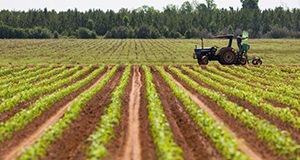 The characteristics and economic contributions of the environmental horticulture industry in Florida in 2015 were evaluated through mail and internet surveys of industry firms conducted in 2016. The executive summary of the full report, authored by Alan W Hodges, Hayk Khachatryan, Mohammad Rahmani, and Christa D. Court and published by the UF/IFAS Department of Food and Resource Economics, is available here:
http://edis.ifas.ufl.edu/fe1031. 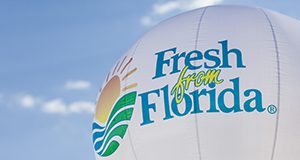 Agriculture, natural resources, and food industries remain a significant force in the economy of Florida, and informed public policy demands recognition of the economic contributions of these industries. Economists at the University of Florida Institute of Food and Agricultural Sciences (UF/IFAS) evaluated the economic contributions of the agriculture, natural resources, and food industries for calendar year 2014 to update previous reports and provide current information on economic trends.

Direct employment in agriculture, natural resources, and food industries in Florida grew from 1.252 million jobs in 2001 to a peak of 1.351 million jobs in 2008, before declining during the Great Recession of 2009/10, and then recovering to 1.565 million jobs in 2014, which was 24.9 percent higher than 2001, representing an average annual growth rate of 1.9 percent. Overall growth in industry contributions during this period reflected an increase in exports of Florida products to domestic and world markets.

This 5-page executive summary was written by Alan W. Hodges and Mohammad Rahmani and published by the Food and Resource Economics Department.
http://edis.ifas.ufl.edu/fe993 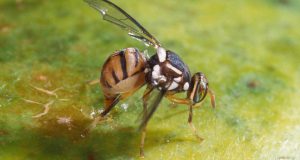 Oriental fruit flies, very destructive pests of fruits, were first detected in the Redland area of Miami-Dade County on August 26, 2015, and as of January 2016, 165 flies had been captured. This triggered an eradication program and establishment of a quarantine area composed of agricultural operations and nonagricultural properties, such as residential and commercial areas. As part of the effort to eradicate the fruit fly, growers and packers in the quarantine area are required to sign a compliance agreement that outlines the procedures necessary for harvesting, handling, and postharvest processing of agricultural products that may serve as hosts for any life cycle of the fruit fly. This 12-page fact sheet written by Sergio Alvarez, Edward A. Evans, and Alan W. Hodges and published by the UF Food and Resource Economics Department provides estimates of the direct and indirect losses to Florida’s agriculture and related sectors as a result of the outbreak and ensuing quarantine and eradication programs.
http://edis.ifas.ufl.edu/fe988 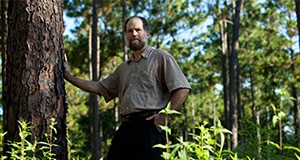 About 1.52 million people worked full- or part-time in Florida’s agriculture, natural resources and food industries in 2013– an 8.7 percent increase in jobs over 2012.

Recognizing the significant impact agriculture, natural resources, and related food industries have on the economy of Florida is essential to informed public policy. UF/IFAS researchers used the Implan regional economic modeling system to estimate economic multipliers for over 500 different industry sectors and evaluate their economic contributions in 2013. This 5-page executive summary was written by Alan W. Hodges, Mohammad Rahmani, and Thomas J. Stevens and published by the Department of Food and Resource Economics, September 2015. (UF/IFAS File photo)
http://edis.ifas.ufl.edu/fe969