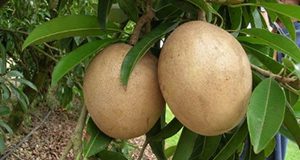 This 6-page fact sheet written by Edward A. Evans, Fredy H. Ballen, Aditya Singh, and Jonathan H. Crane and published by the UF/IFAS Food and Resource Economics Department provides an estimate of the costs and returns associated with an established sapodilla orchard in south Florida. The information presented is based on a wide range of production practices collected through field interviews with growers and industry specialists and is intended as a guide to estimate the financial aspects of operating an established sapodilla grove. Please note that sapodilla has been assessed by the UF/IFAS Invasive Plants Working Group as potentially invasive in south and central Florida. It should not be planted in home landscapes or in groves near natural areas. Sapodilla plantings must be fenced, and the fruit must be moved in covered vehicles to prevent fruit being eaten by wildlife and the plant from infesting areas outside the grove.
http://edis.ifas.ufl.edu/fe1015 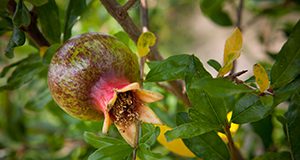 The study described in this 6-page fact sheet written by Feng Wu, Zhengfei Guan, and Gary Vallad and published by the UF/IFAS Food and Resource Economics Department provides a description of pomegranate production practices and preliminary cost estimates to inform investment and production decisions when growers look to diversify and grow pomegranate as a niche crop.
http://edis.ifas.ufl.edu/fe1024 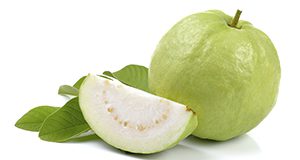 The white Thai guava variety, which is very popular in the Asian market, is beginning to expand into mainstream markets. It has quick, high yields, is easily propagated and is tolerant to moisture stress and soil salinity. But even though it offers favorable returns, there has been little information about the cost of production. This 7-page fact sheet identifies inputs, costs, and yields considered to be typical of a well-managed five-acre Thai guava orchard in south Florida. Written by Stella Garcia, Edward A. Evans, and Jonathan Crane and published by the UF Department of Food and Resource Economics, August 2016.
http://edis.ifas.ufl.edu/fe998 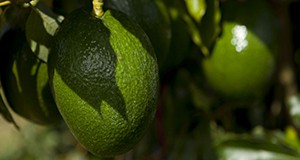 A major concern for the future of the Florida avocado industry is laurel wilt disease (LW), which is caused by fungus transmitted by the ambrosia beetle. Cost-effective management of LW relies heavily on the early detection and destruction of affected trees (sanitation). While not an official recommendation, some suggest that since the beetles are less attracted to younger trees, growers might consider leaving the young orchards in production while replanting only older and less productive orchards. Since the long-term survival of the Florida avocado industry may ultimately depend on a combination of eradication, prophylactic treatment, and replanting the trees, the purpose of this article is to provide an updated guidance on the costs of establishing an avocado orchard. Information presented in this study is based on interviews with growers, orchard service companies, extension agents, and other industry personnel. It is intended as a guide only to make production decisions, prepare budgets, and investigate insurance options. A follow-up document to this one will focus on the cost and return of maintaining an orchard after it has been established. This 9-page fact sheet was written by Braulia De Oleo, Edward A. Evans, and Jonathan H. Crane, and published by the UF Department of Food and Resource Economics, October 2014.
http://edis.ifas.ufl.edu/fe956

With the recent spike in papaya prices due to phytosanitary restrictions on papayas from Mexico, many growers in South Florida are considering getting back into papaya production to target the ripe papaya market. Still, there are a lot of concerns as to whether the crop can be profitable in light of declining yields. Based on this discussion, the objective of this article is to provide needed information on the costs and returns associated with establishing and operating a five-acre papaya orchard in South Florida, and to assess the prices and yields that must be obtained to make a papaya orchard profitable. This 5-page fact sheet was written by Edward A. Evans, Fredy H. Ballen, and Jonathan H. Crane, and published by the UF Department of Food and Resource Economics, December 2012.
http://edis.ifas.ufl.edu/fe918

The United States produces close to 14,000 t of papaya annually. Consumption of the fruit is on the upswing and the development of new cultivars tolerant to the Papaya Ring Spot Virus encourage many growers in South Florida to taking a second look at producing papaya for the domestic market. This 8-page fact sheet provides information on domestic trends in the production and trade of fresh papaya in the U.S. Also included is a price analysis at the wholesale level for representative markets on the US East and West Coasts. Written by Edward A. Evans, Fredy H. Ballen, and Jonathan H. Crane, and published by the UF Department of Food and Resource Economics, September 2012.
http://edis.ifas.ufl.edu/fe914

The market demand for tropical fruits has been growing steadily over the past two decades. Global papaya production has grown significantly over the last few years, mainly as a result of increased production in India. Papaya has become an important agricultural export for developing countries, where export revenues of the fruit provide a livelihood for thousands of people, especially in Asia and Latin America. Papaya exports contribute to the growing supply of healthy food products on international markets. The top three exporting countries accounted for 63.28 percent of the total global exports of papaya between 2007 and 2009, with more than half of those exports going to the United States. This 7-page fact sheet provides information on global trends in the production and trade of papaya. An overview of the current and future trends of global papaya production and trade, and the main papaya exporting and importing countries is presented herewith. Written by Edward A. Evans and Fredy H. Ballen, and published by the UF Department of Food and Resource Economics, September 2012.
http://edis.ifas.ufl.edu/fe913

The United States is the largest single-country importer of fresh bananas. With a per capita consumption of about 25 pounds, the banana market appears to be saturated, but consumption of organic bananas in the United States is increasing. Any expansion of the banana production in the United States should focus on the niche market for organic bananas and specialty varieties as Florida growers do. This 10-page fact sheet provides an overview of the world and US markets for fresh bananas, with special reference to the US market for organic bananas. Written by Edward Evans and Fredy Ballen, and published by the UF Department of Food and Resource Economics, February 2012.
http://edis.ifas.ufl.edu/fe901

FE888, a 7-page fact sheet by Edward A. Evans, Jordan Huntley, Jonathan Crane, and Allen F. Wysocki, provides needed information on the costs and returns associated with establishing and operating a five-acre pitaya orchard in South Florida, and assesses the prices and yields that must be obtained to make the establishment and production of a pitaya orchard a profitable venture. Published by the UF Department of Food and Resource Economics, December 2010.
http://edis.ifas.ufl.edu/fe888