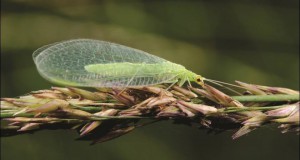 This guide provides assistance in selecting, purchasing, and using commercially available natural enemies and biopesticides for managing pest problems. The guide assists in the identification of pests by habitat and lists types of natural enemies (parasitic nematodes, predatory mites, predatory insects, and parasitic wasps) and biopesticides available to manage these pests. Scientific and product names are provided both for insect and mite natural enemies and for some of the most common microbial insecticides, nematicides, and fungicides that can be used to manage pests. Biological control companies are listed along with their websites, and the guide provides additional sources of information on obtaining and using commercial natural enemies. Written by Lynn M. LeBeck and Norman C. Leppla, and published by the UF Department of Entomology and Nematology, October 2015.
http://edis.ifas.ufl.edu/in849

The convergent lady beetle, Hippodamia convergens Guérin-Méneville, is among the most common lady beetle species throughout North America and is an important natural enemy of aphids, scales, thrips, and other soft-bodied insects. It will also feed on pollen and nectar from flowers when prey is scarce. This species can be found in habitats ranging from grasslands, forests, agricultural fields, gardens, and natural parks. It is one of the few natural enemies that are currently wild-collected from mass aggregations for distribution to the pest control industry. This 5-page fact sheet was written by Luis F. Aristizábal and Steven P. Arthurs, and published by the UF Department of Entomology and Nematology, June 2014.
http://edis.ifas.ufl.edu/in1037

This publication describes “natural” pesticides: alternatives that are usually less toxic to non-target organisms and the environment and that, when used correctly, can be effective substitutes for synthetic products. In this publication, natural substances used for pest management in landscapes and gardens are grouped into oils, plant extracts, insecticidal soaps, mineral insecticides, microbial insecticides, and products that control diseases. Certain products contain combinations of these groups (e.g., soap and oil). This 8-page fact sheet was written by Eileen A. Buss and Sydney G. Park Brown, and published by the UF Department of Entomology and Nematology, April 2014.
http://edis.ifas.ufl.edu/in197

Amblyseius is a beneficial predatory mite endemic to the Eastern Mediterranean region. This species is considered a generalist predator, and readily consumes small soft-bodied pest species as well as pollen or plant exudates. Amblyseius swirskii has attracted substantial interest as a biological control agent of mites, thrips and whiteflies in greenhouse and nursery crops and is currently reared and sold commercially in Europe and North America for this purpose. This 5-page fact sheet was written by Mahmut Dogramaci, Garima Kakkar, Vivek Kumar, Jianjun Chen, and Steven Arthurs, and published by the UF Department of Entomology and Nematology, June 2013.
http://edis.ifas.ufl.edu/in1001

The Chrysopidae are one of the largest and economically most important families of the Neuroptera. There are about 1,300 currently recognized species included in about 87 genera and three subfamilies (Brooks and Bernard 1990) in the world. In Florida, there are 22 species in 9 genera, all placed in the subfamily Chrysopinae (Penny et al. 1997). The larvae are voracious predators of small, comparatively soft-bodied arthropods such as aphids, scale insects, whiteflies, thrips, insect eggs, and other prey (Muma 1959; Canard et al. 1984). For this reason they are used widely in biological control. The adults are usually predators, but a few species only feed on pollen. This 4-page fact sheet includes Key to the Genera of Green Lacewings of Florida. Written by Lionel A. Stange, and published by the UF Department of Entomology and Nematology, November 2012.
http://edis.ifas.ufl.edu/in965