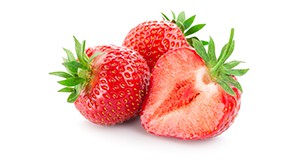 The statistics of the Food and Agriculture Organization of the United Nations indicate that world production of strawberries has exceeded 4 million metric tons since 2007. With a total production of 1.4 million tons (3 billion pounds) in 2012, the United States is the largest producer among countries where statistical data are available, accounting for about 30% of the world supply. Production in Mexico increased from 140 thousand tons to 360 thousand tons, making Mexico the second-largest strawberry producer in the world. This four-page fact sheet written by Feng Wu, Zhengfei Guan, and Alicia Whidden and published by the UF Food and Resource Economics Department provides an overview of the US and Mexican strawberry industries, paying special attention to the trade relations between the two countries. (Photo credit: anna1311/istock/Thinkstock)
edis.ifas.ufl.edu/fe971