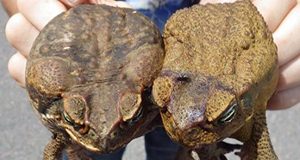 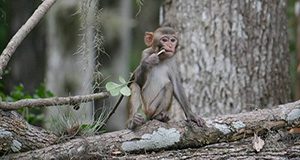 Local folklore suggests that the rhesus macaque monkeys living in what is today Silver Springs State Park were released while the 1939 movie Tarzan "Finds a Son" was filmed at the site, but no rhesus macaques appear in that movie, and the macaques had been living in Silver Springs for a considerable time before Tarzan found his son there. In fact, today’s thriving population of macaques in Silver Springs State Park descended from monkeys intentionally released earlier in the 1930s in an effort to increase tourism to the area.

Silver Springs became a tourist attraction in the 1870s and has had glass-bottom boat tours ever since. In the 1930s the manager of the glass bottom boat operation, Colonel Tooey, released approximately six rhesus macaques to attract tourists and increase revenue for the boat tours. Not knowing rhesus macaques are proficient swimmers, Colonel Tooey released his monkeys on an island in the Silver River from whence they quickly swam to the surrounding forests, where they made themselves at home and set up a growing colony. What happened next? Learn the story (so far!) of the monkeys and the park in this 4-page fact sheet written by C. J. Anderson, S. A. Johnson, M. E. Hostetler, and M. G. Summers and published by the Department of Wildlife Ecology and Conservation.
edis.ifas.ufl.edu/uw412