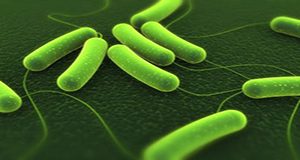 This 7-page fact sheet is one in a series of fact sheets discussing common foodborne pathogens of interest to food handlers, processors, and retailers. It covers the characteristics of, and symptoms caused by, the bacterium E. coli (particularly the “big six” strains), and also details how to minimize the risk of spreading or contracting an E. coli infection. Written by Bruna Bertoldi, Susanna Richardson, Renee Goodrich-Schneider, Ploy Kurdmongkoltham, and Keith R. Schneider and published by the UF/IFAS Department of Food Science and Human Nutrition, January 2018.
http://edis.ifas.ufl.edu/fs233 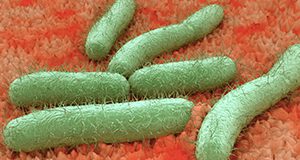 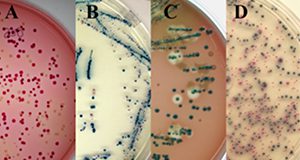 Shiga toxin is a protein found within the genome of a type of virus called a bacteriophage. These bacteriophages can integrate into the genomes of the bacterium E. Coli. Even though most E. coli are benign or even beneficial members of our gut microbial communities, strains carrying Shiga-toxin encoding genes are highly pathogenic in humans and other animals. This six-page fact sheet discusses the two types of Shiga toxins and the best approaches to identifying and determining which Shiga toxin is present. Written by William J. Zaragoza, Max Teplitski, and Clifton K. Fagerquist and published by the Department of Soil and Water Sciences.
http://edis.ifas.ufl.edu/ss654

Escherichia coli is a bacterium found in the digestive system of healthy humans and animals and transmitted through fecal contamination. There are hundreds of known E. coli strains, with E. coli O157:H7 being the most recognized. This enterohemorrhagic E. coli (or EHEC) strain is responsible for an estimated 63,153 cases of infection and 20 deaths in the United States annually, and causes approximately $255 million in losses each year. E. coli are found everywhere in the environment but mostly occupy animal surfaces and digestive systems, making it important to thoroughly wash anything that comes into contact with these surfaces. This 5-page fact sheet was written by Keith R. Schneider, Renée Goodrich Schneider, Michael A. Hubbard, and Alexandra Chang, and published by the UF Department of Food Science and Human Nutrition, October 2013.
http://edis.ifas.ufl.edu/fs097

Escherichia coli is a bacterium usually found in the digestive system of healthy humans and animals and transmitted through fecal contamination. There are hundreds of known E. coli strains, with E. coli O157:H7 being the most widely recognized because of the severe illness it causes. In addition to E. coli O157:H7, the U.S. Food and Drug Administration has identified six serogroups (or “strains”), known as the “big six,” which includes E. coli O26, O45, O103, O111, O121, and O145. These are the most commonly seen types of E. coli found in food in the United States that are not O157:H7, and they cause approximately 37,000 cases per year in the United States. This 5-page fact sheet was written by Susanna Richardson, Renée Goodrich Schneider, and Keith R. Schneider, and published by the UF Department of Food Science and Human Nutrition, October 2013.
http://edis.ifas.ufl.edu/fs233

Over the last two decades, at least a dozen major outbreaks of gastroenteritis caused by non-typhoidal Salmonella or enterovirulent E. coli have been linked to the consumption of sprouts, nuts, and fresh (or minimally processed) fruits and vegetables. These outbreaks caught scientists and the public off guard because these pathogens were not previously considered “plant-associated.” This 3-page fact sheet highlights recent discoveries that focus on the ecology of human pathogens in the crop production environment. A better understanding of how pathogens persist outside of animal hosts in agricultural water, soils, and plants will have major impacts on managing produce safety from “farm to fork.” Written by Max Teplitski, Andree George, and George Hochmuth, and published by the UF Department of Soil and Water Science, October 2012.
http://edis.ifas.ufl.edu/ss576