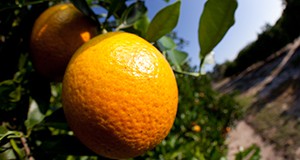 This 4-page article written by Ariel Singerman and published by the Food and Resource Economics Department presents the cost of production per acre for growing fresh grapefruit in the Indian River region during 2014/15, based on a survey of growers conducted at the Indian River Citrus League production committee meeting in March 2015. The cost estimates do not represent any individual operation; rather, their purpose is to serve as a benchmark for the industry. Typical users of these estimates include growers, consultants, property appraisers, and researchers.
edis.ifas.ufl.edu/FE984 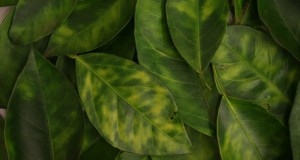 Florida is the largest orange-producing state in the United States and the third largest orange producer in the world, but the Florida citrus industry and its position in the global citrus market are being jeopardized by a bacterial disease known as citrus greening or Huanglongbing (HLB). HLB hurts the vascular systems of citrus trees and prevents them from absorbing nutrients. The disease reduces yields, leads to smaller, lower-quality fruit, kills trees, and increases farmers’ production costs. First found in Florida in 2005, HLB has spread rapidly across the state.

As of January 2016, there is neither a cure nor an economically viable option for managing HLB-infected trees. Since HLB was first found in 2005, orange acreage and yield in Florida have decreased by 26% and 42%, respectively. Orange production dropped from 242 million to 104.6 million boxes in 2014. Even though the industry acknowledges that HLB has reached epidemic proportions across the state, estimates of the level of infection and its impact on citrus operations are scarce. This 4-page article written by Ariel Singerman and Pilar Useche and published by the Food and Resource Economics Department presents the first growers’-survey-based estimates of both the level of HLB infection in Florida and the impact of HLB on citrus operations in Florida.
http://edis.ifas.ufl.edu/fe983 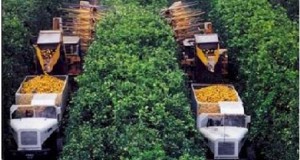 As Florida’s citrus industry confronts the impacts of Huanglongbing (HLB or citrus greening)–decreasing crop yields and production, lower quality fruit, and increasing cost of production–many growers are facing declining returns. A 2015 survey of twelve Florida citrus harvesters to collect data on harvesting charges during the 2014/15 season revealed that average picking and roadsiding charges for fresh fruit are in most cases lower than those for processed fruit, likely because of the impact of HLB. This 3-page fact sheet written by Ariel Singerman of UF/IFAS Citrus Research and Education Center and published by the Food and Resource Economics Department presents the results of the survey and provides a table summarizing the harvesting charges for citrus during the 2014/15 season with the average and the range of picking and roadsiding charges by variety and type of fruit (fresh versus processed), as well as the average hauling charges for all varieties by distance. The fact sheet will assist growers in the effort to compute the changes to their economic returns as the industry adapts to remain profitable.
http://edis.ifas.ufl.edu/fe977 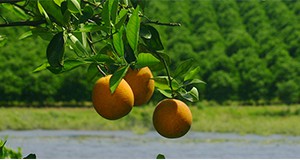 A Citrus Health Management Area (CHMA) is a group of growers who work cooperatively to coordinate insecticide application timing and mode of action in order control the insect vector of citrus greening disease. CHMAs help prevent insect vectors from moving between groves and reduce the likelihood that insects will develop pesticide resistance. This 3-page fact sheet written by Ariel Singerman and Brandon Page and published by the Food and Resource Economics Department analyzes the case-study data on yields of Valencia oranges from blocks located in two different categories of CHMAs to find the impact of citrus greening disease on citrus yields and provide evidence on the effectiveness of best class CHMAs as a way to deal with the disease. The analysis provides evidence that CHMAs can enhance an individual grower’s profitability at a time when margins are becoming increasingly narrow.
edis.ifas.ufl.edu/fe982

UF/IFAS researchers collected data from twelve growers to estimate the cost of production per acre for processed oranges in southwest Florida during 2014/15. The cost estimates in this 4-page fact sheet written by Ariel Singerman and published by the Food and Resource Economics Department do not represent any individual operation. Instead, their purpose is to serve as a benchmark for the Florida citrus industry. Typical users of these estimates include growers, consultants, property appraisers, and researchers.
http://edis.ifas.ufl.edu/fe986 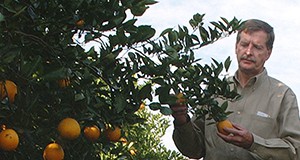 Written by Fritz Roka, Ariel Singerman, and Ronald Muraro, and published by the UF Department of Food and Resource Economics, July 2015.
http://edis.ifas.ufl.edu/fe968