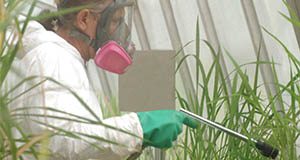 In 1992, the US Environmental Protection Agency (EPA) issued a comprehensive regulation called the Worker Protection Standard for Agricultural Pesticides (WPS). The EPA has made several changes to the WPS since it was fully implemented in 1995. On November 2, 2015, the EPA revised the WPS, making significant changes to the rule’s requirements. Most of the revised provisions will become effective January 2, 2017; there are four provisions that are delayed until January 2, 2018. This five-page fact sheet answers questions regarding changes made to the rules about how to train Workers and Handlers. Written by Frederick M. Fishel and published by the Agronomy Department.
http://edis.ifas.ufl.edu/pi268