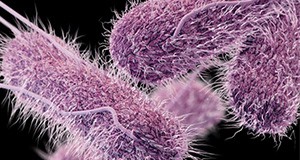 Typhoid fever is a blood infection caused by the consumption of food or water contaminated with the bacterium Salmonella enterica.Typhoid fever is easily controlled and relatively uncommon in the United States, but an estimated 21.5 million people per year are affected by typhoid fever in developing nations including regions in Asia, Africa, and South America. Many of the cases of typhoid fever in the United States are acquired through international travel to these regions. This four-page fact sheet explains the causes and symptoms of typhoid fever, as well as describing who is at risk, what foods have commonly been associated with typhoid fever, and how to implement certain sanitation methods to prevent the spread of typhoid fever. Written by Keith R. Schneider, Renée Goodrich Schneider, and Rachael Silverberg, and published by the Food Science and Human Nutrition Department.
http://edis.ifas.ufl.edu/fs125