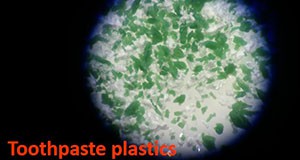 Plastic, plastic everywhere! We live in a world where we are surrounded by plastic: from packaging materials and cutlery to plastic appliances and medical devices. Since the mid-twentieth century, plastic has been a boon to humanity and an integral part of our modern lives. However, plastic debris is a major concern due to its abundance and persistence in the environment. Plastic contaminants not only include plastic debris characterized by large size but also small pieces of plastic in the millimeter size range; these inconspicuous “microplastics” have become a major concern because of their widespread presence in different environments and diverse organisms. This six-page fact sheet discusses the sources of microplastics, their effects on the environment, and ways to minimize microplastics pollution and exposure. Written by Yun-Ya Yang, Ignacio A. Rodriquez, Maia McGuire, and Gurpal S. Toor, and published by the Soil and Water Science Department.
http://edis.ifas.ufl.edu/ss649