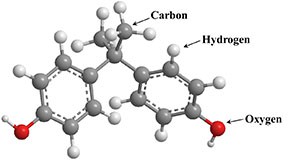 Bisphenol-A (BPA) is a man-made chemical widely used as a component in many products of daily use in households, such as plastic bottles and metallic canned foods. BPA can leach from bottles and cans into the environment, increasing our exposure to BPA. BPA is known to harm exposed animals in laboratory settings as well as in the wild, although its potential to harm humans remains controversial. This seven-page fact sheet will discuss the occurrence, use, and potential harmful effects of BPA and will suggest ways to reduce human and environmental exposure to BPA. Written by Ignacio A. Rodriquez-Jorquera, Yun Ya Yang, and Gurpal S. Toor and published by the Soil and Water Science Department.
http://edis.ifas.ufl.edu/ss648