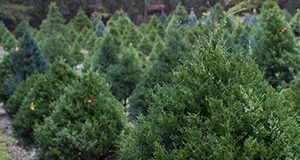 Elongate hemlock scale, Fiorinia externa Ferris (Hemiptera: Diaspididae), is an armored scale insect native to Japan and eastern Asia. This insect was first documented in the United States in 1908 in Queens, NY, and has since spread throughout most of the eastern United States. Though the primary hosts of the pest, hemlocks and firs, do not occur in Florida, there are concerns that elongate hemlock scale coming into the region on cut Christmas trees may disperse and establish on conifers that do occur in Florida. Of specific interest are two endangered species, Florida torreya (Torreya taxiflora) and Florida yew (Taxus floridana), which are native to a small region in northwestern Florida. Also of concern are Florida forestry species, Florida Christmas tree species, and species used for ornamental plantings in Florida. What can Florida do to protect its native conifers and farmed trees from the elongate hemlock scale? Find out in this 5-page fact sheet written by Adam Dale, Travis Birdsell, and Jill Sidebottom and published by the UF/IFAS Entomology and Nematology Department.
http://edis.ifas.ufl.edu/in1253